The last time I went out, I started out looking for rural scenes to photograph and ended up giving up on that and going up to the Blue Ridge Parkway to do some landscape work.  That kind of got me in the mood for landscape photography again so when I had some time today, I decided to head out to the Parkway again to take advantage of the clouds moving into the area during the afternoon.  There were supposed to be high, mid, and low level clouds which promised to make for some interesting skies.  The rain chances were around 30% so I was pretty sure that I would be able duck between showers to get images that captured the sky.  That was the plan and I didn’t even have to wake up early to make it happen.

I was on my way to the Parkway a little after 2 and saw just a few raindrops hitting the windshield as I was leaving home.  That didn’t stop me from going out because I was really looking forward to seeing some of the dramatic cloud formations from up high.  I just kept on driving despite the fact that the rain was getting heavier.  By the time I got to the Parkway, it was a full on downpour, but shortly after entering, the rain stopped and the road was dry.  This was promising!  I started off headed South because I knew of a couple of places that I could go to really take advantage of the sky.  The problem was, each of these places was situated under the most boring direction of sky.  There was just really nothing much that grabbed my attention on the Parkway so after making it to Blowing Rock, I decided to exit it and go looking for some rural settings to photograph as that was kind of what the light was looking good for.

Well, as I was going down 321 towards Caldwell County the rain came back and I started to have to use my wipers which was a bad sign for my ability to use the camera.  I was hoping that this was going to be short lived…and it was.  By the time I hit Caldwell County, the rain had stopped and I was left with just really good and soft light on the landscape.  It was now a game to find something to put in the light that I had.  I had been down this way several times and knew that there were a couple of locations that had grabbed my attention before, but I wasn’t sure if there were compositions to be had there.  The first of these locations I looked at just didn’t excite me at all so I kept on driving.  The next one was pretty much the same.  The old VW Bug was cute and all, but the setting was terrible and did nothing for the story of the car.

It was the third location that I hit that caught my eye.  It was an old building with several antique tractors and old trucks just off of the road.  I pulled off on the shoulder of the road and eventually stopped at the parking lot entrance.  I wasn’t able to go into the parking lot because it was all cabled off with signs pretty much saying to stay out in no uncertain terms.  I looked at the different subjects in the parking lot and found that a pair of Fords were where my interest was highest.  The old truck and the tractor just seemed perfectly positioned in their matching rust tones next to the aqua colored building.  It wasn’t exactly close to the road, but it was close enough that I was pretty sure that I could get a composition with my long lens.

I hugged the cable to keep myself out of the road and got out to get my camera.  I added a polarizer before placing it on the tripod.  I walked back out to the shoulder of the road and picked my best place to set up.  I had to play with the elements to get them lined up the way that I wanted them paying particular attention to the window and chimney of the building and how they were positioned in regards to the tractor and truck.  I then had to make sure that there was enough separation between the tractor and the truck so that nothing important was obscured.  Finally, I had to look at the small building behind it all and make sure that it didn’t stick out too much in the composition so as to be a distraction.

It took a little bit of playing around to get everything lined up just right for the image, but I managed to get it all dialed in within a few minutes.  I got a single frame before trying to tweak it some more to play it closer to the edge of possibilities.  As I was making these latter exposures, I was having to cover the lens with my hand to keep the rain from spotting the filter.  It was starting to drizzle pretty heavily at this point.  Once it started getting so bad that I was having to keep my filter covered, I decided that it was time to call it done here.  I tried to keep the filter covered as best I could as I walked back to the truck.  To my surprise, there was not a drop of water on it which was good!  I had shot 10 frames of the single scene, but I wasn’t quite sure how it was going to turn out.  I just knew that the rain was coming down harder and harder at this point.

I got everything back in the bag and started on down the road to pick up 268 back into Wilkes County.  I kept my eyes out for other potential compositions and was happy that the rain had decided to stop.  However, each time I pulled off to look at something critically, the rain would overtake me and put an end to that idea.  This happened about a half dozen times or so as I was on the side roads.  There was nothing necessarily good enough to try and wait the rain out, and looking at the radar that probably wouldn’t have happened anyway.  I was literally being chased by the rain.  I could get ahead of it, but any time I stopped or strayed down a side road, it would catch me.  Seeing the futility of it all, I decided to give up and call it a day.  About 2 miles from home the rain stopped again and I thought I might be able to try for one more picture….nope, when I cleared the intersection the bottom fell out on me.  I was done.

It wasn’t the grand landscape outing that I had planned, but at least it wasn’t a complete waist of my miles driven.  For 102 miles, I had 10 frames captured of a single composition which took me all of about five minutes to capture.  It wasn’t much, but it was something and I made up for the lack of time during the capture with the editing process.  While this was a very simple image for the most part, it was the hues present that gave me a very rough time.  I was trying to get all of the colors to work harmoniously together and that was proving to be very difficult.  It actually took me about two hours to get this image edited for color more than anything else.  It might have been the most difficult edit I’ve done when it comes to color.  I would have just processed it as a black and white image to remove the color altogether, but the scene really needed that identical red shading between the two Fords to really pull them together.  I am happy that I stuck with it and finally came upon this image which I think suits the concept I was after with the scene.

Here’s to hoping that the next outing will be a little more fruiful. 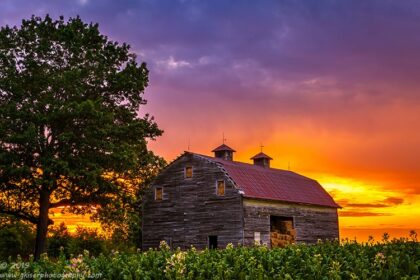 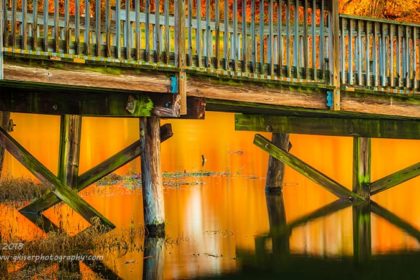 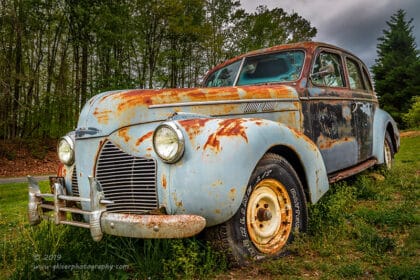 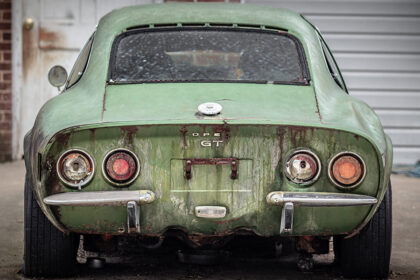