Welcome back!  We are closing in on the last of the second edits from my May of 2008 Alaskan adventure.  The last few entries have been from an aquarium and are quite unlike the images that you have been familiar with from me.  It is always fun to take a departure from normal every so often, but it is time to get back to the landscapes that I have shot.  There were some issues with a few of the RAW files that I had and I don’t know where some of them went.  There was one of my favorite landscape images from the entire trip that has disappeared somewhere, but for the life of me I just can’t imagine where it ended up.  In fact, there are several that seem to be just gone.  I assume that this is due to the fact that I was seeing pink elephants in my office after 27 hours of editing and when I was saving RAW files a few got swapped for other images that I didn’t intend on keeping.  It is a real shame, but part of the game I suppose.  Things are much easier now with my workflow in Lightroom, and there is less room for error on that end.

Anyway, the image that I am going to share with you today is one that I have had mixed feelings with over the years, but it has always seemed to hang on in the gallery.  I really like the scene that I captured, but my mixed feelings started the day I captured it on May 19th.  This was the only scene that I had broken the camera out for on this particular day.  My ex-wife and I had been out shopping at the malls and Walmart, and Barnes and Nobles all day.  What a way to spend time in Alaska!  We were on the road and I was seeing all kinds of beautiful places that I was wanting to stop for but didn’t see anyplace to pull off.  I didn’t want to spend any time looking for different vantage points because I knew that I would hear about it from her later.  I just kept on going.

I did see a scene right off of a parking lot that caught my eye and I figured that I could shoot it in a matter of a few minutes.  It was worth hearing some griping about it, so I pulled off into the parking lot and said that I would just be a minute.  Her response was….I need to go to the bathroom.  Well, there were none anywhere around, and we weren’t exactly close to anything either so I told her a minute here wasn’t going to make a difference.  I stepped out and grabbed my camera.  I knew that I was going to need my 24-70mm lens which looking back on the images was about the first time that I had used it on the trip.  I grabbed my filters because the lighting wasn’t perfect and I figured that I might need to do a little work with the exposure.

I mounted everything to my tripod that I was more than excited to be able to use again and walked down to the water with about 4,000 mosquitoes.  I was being eaten alive, but was still having a better time than I had been having in the rental car.  I found the composition that I wanted and set the tripod in place.  I wanted to pull a little bit of the glare out of the water and deepen the sky just a bit so I added my polarizer to the lens.  That still wasn’t getting the exposure that I wanted because the light was shining on the mountain, but not on the foreground.  I added an ND Grad which pulled the exposure down on the mountain and brought it all in line.  The resulting image wasn’t bad, but it was very flat.  At the time I was happy to have that one lone cloud in the sky since I was under the impression that all of my landscape images had to have clouds.  I still think that way, but I’ve gotten better at dealing with blank skies, and honestly a blank sky would have been better here as the cloud just tries to pull your eyes out of the frame and it gives too much visual weight to the right half of the image.

The first edit of this image included one major step if memory serves.  I went into the saturation sliders and punched up the Aqua nearly all the way.  I left the rest of the image pretty much untouched.  Like I have said before, I wasn’t good with post processing at the time.  I still liked the image, and decided that it was mainly for how the snow wasn’t fully covering the mountain.  It gave it tiger stripes in a way and that was pretty cool to see.  When I started to look through the RAW images a few days before writing this I had to bring this one back in.  There was so much that I wanted to try with this image to bring out the scene that I had seen at the time.

Oh, before I share it, I didn’t spend but about five minutes there capturing the view.  I could have done better with more time, but I was on a short leash and had to get back on the road as soon as possible.

I think that it does without saying that this image is miles apart better than the first one.  There have been a lot of changes introduced here as you can see.  These changes have made this image into one of my favorites from the trip.  You might argue that there has been too many changes made, but in response I would say that at this point, I don’t fully remember how it appeared to me that day.  I just remember the sense of awe that I had when I saw it.  The edit that I have done here represents the emotion that I felt having seen it and been there.

The changes start with the subtle ones.  I cropped it down to a 16:10 ratio to remove some of the sky and a little bit of the foreground leaving the rocks as the lower framework for the image.  I then applied some grad filters in Lightroom to shape the light on the landscape.  I changed the visual weight from aqua colored water to the shoreline for a better balance.  The water was still important so I reduced the texture, and worked the saturation and hue just a little bit.  There was now a division in light in the water that complimented the sky as opposed to contrasting with it.  To counter the cool hues of the water, I added some warmth to the distant trees as the sun was shining on them.  Clarity was added to the mountain to bring out the subtle textures in the landscape.  The biggest change happened in the sky.  I deepened the tones and provided a more aggressive graduation in tones to keep the eyes in the scene.  That cloud that I had been thankful for originally, I decided to get rid of.  Yeah, I don’t like removing something so big in a composition, but I felt that this composition would be much better without having it.  I was right, and the sky came into its own being void of clouds.

This edit was one of the longer ones that I did, but it was also the one that had the biggest effect overall I believe.  I really like how it turned out, and am excited to have it replace the original edit that appears at the top of this entry.  Gosh I want to go back and get scenes like this once again!  Such an amazing part of the country.  Don’t worry, I still have one more image left to share with you in this series, so hang on for a look at Portage Glacier. 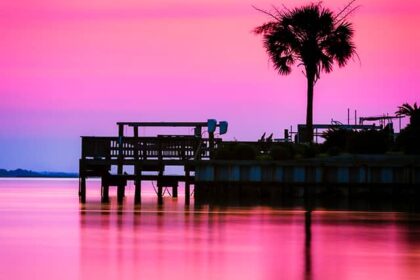 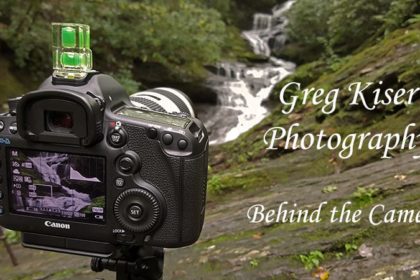 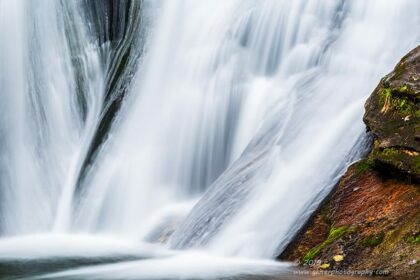 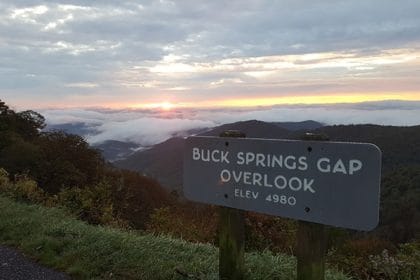 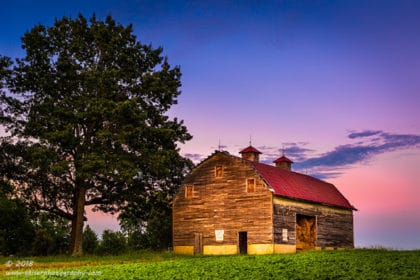 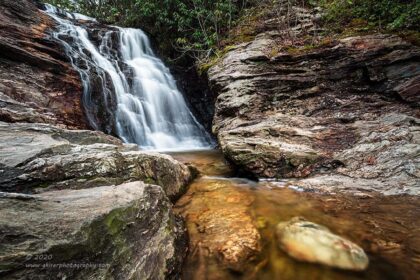