I try to always make it a habit to go back to my recent images in Lightroom after a day or so has passed from a trek to look back over the ones that didn’t quite make the cut.  Usually I agree with my choices and nothing really changes, but occasionally I find an image in the batch that hits me a different way than it did originally.  That can be due to several different reasons, but most of the time it is a matter of I wasn’t overly happy with the way they trek went so my opinions on the images are slightly negative compared to how they should be.  Other times, a trek will have gone so well and I will have a large number of images to process which has me making some decisions based purely on volume of the images that will need editing.  When looking back on my trek from a couple of days ago to downtown Greensboro, I was pretty happy with all that I had done with that group of 73 images.  To have nine keepers out of all of that was actually pretty impressive and I wasn’t upset at all with how it all worked out.  I wasn’t expecting to see anything that I had missed, but as I was looking through the Jefferson Pilot building images from the beginning of the day I saw one that I had given two stars to which means that it made it through the first two stages of the culling process and in this particular case meant that it was ready to be looked at as a full edit image.  It was so close to making the cut from the day but sadly didn’t ever see an edit.

As I was looking back through these with a fresh eye I again paid a little attention to this composition and decided that it was nice and worth a second look.  As I considered why I didn’t process it yesterday I decided that it was really a matter of I had hit nine other images and I was tired of doing edits at that point.  The image wasn’t quite as powerful as the others that I had been working on so I decided to let it just stay there in the roll of negatives.  It had fallen victim to a volume consideration as I do try to limit my keepers to no more than 10% of what I shoot to make sure that only the best see the light of day.  I was over that already by the time I got to this one image from the Jefferson Pilot Building and figured it was better to leave it where it was.  My second look gave me pause to reconsider that judgement.

The composition wasn’t necessarily a powerful one, but there were a lot of things that this image had going for it.  There was a great symmetry to it, some perfect framing elements throughout the image, and visual interest right in the middle of the composition.  I could see why I shot the image that I did at the time, but I wasn’t exactly clear on how to present it.  Looking at the negative, I decided that it would be a great candidate for a black and white image to show off the textures and the architectural elements.  I would spend a great deal of time dodging and burning the image to get those elements to really come alive and make those aspects that I loved about the photograph the most visible to the viewers.

I did the conversion and worked the image as I had thought it deserved.  It was coming together quite nicely and had an old world European feel to it that was reminiscent of a castle in a way.  That seemed to really come across in the black and white presentation that I was currently working on.  I was happy with it and was ready to add it to my collection of keepers, but just to be sure I wanted to get it approved by my resident expert on all of my monochrome images.  I sent a screenshot of it to my photo wench, Toni who was at work.  I was expecting her to like it and that would seal the deal for me.  When she responded that she liked it but that it needed more warm tones to it, I was a bit confused.  I explained that it was a black and white image and there were no color tones in it.  She knew, but wanted to see some warmth in it.  For her to want color in a black and white image was something different.  She has been after me to do selective coloration for a while now and I refuse to do that with my images.  This was different; she was wanting a tonal shift with this one.

I considered my options and immediately thought about doing a color toned monochrome image which would have been simple to do.  Sepia toning would have given it that warm tone she was after, but that really didn’t fit the stone look of the scene.  It is more of an old country presentation so that wasn’t going to work.  I could go back to the color image, which with the warm light of the rising sun already showed a great deal of warmth.  That just didn’t float my boat either because the entire scene became warm again.  By reducing the saturation, I was liking it more and more, but it was getting back to that black and white image that I had started with.  I needed to find some color balance to the scene to make the warm tones work.

That was going to prove a little difficult to do, but something that I wanted to give a try.  I started to look at the different color profiles that are offered by Lightroom.  It just changes the way that the colors are rendered in the image a little bit and there are some very good ones that I use from time to time in the choices.  I knew I was going to be needing something a little different from the normal, so I started to look in the “Artistic” and “Modern” categories.  I clicked through them one at a time and eventually found one in the “Modern” group that I kind of liked for the image.  It transitioned the overly warm look of the original picture to a primarily cooler tone which suited the stonework, but this color profile actually pulled some of the original warm tones back out in the details at the top of the image.  I had my color balance here and it looked quite good to me for a starting point.

From here, I started to fine tune the warm and cool areas of the image and I used the light in the entrance to anchor the image by light and by warm tone.  I balanced that warmth with the warm tones at the top and pulled more out in the bottom of the arch which had been left in shadows originally.  The whole thing was desaturated to keep it from looking cartoonish and then it was just a matter of bringing the details out as I had with the monochrome version.  In the end, I sent Toni the revised image and she liked it much better..  I have to admit that I saw more interest in this version that I did in the straight black and white version.  The light became an integral part of the composition where it was just an element earlier.

The primary focus of the image didn’t really change though as the stone scroll under the stamp of the flower were the main focal points and the part that I really wanted to draw the eyes to.  The added detail in the arch helped to do just that and the lines all kept the eyes traveling through the image.  I was very careful to keep the inside of the doorway dark to mask the reflections on the glass.  I thought that they distracted from the simplicity of the image and having it just be left in darkness suited the composition much better.  There are a lot of different small details that go into a photograph whether it is during the capture or the processing.  The decisions made at each stage will ultimately affect the final image and how it appears.

I do hope that you like this one final addition to my previous trek which brings the total up to ten images which is pretty incredible considering the short amount of time that I was out with the camera and the fact that this type of photography isn’t my strong suit at all.  I am getting more comfortable with it as I do more which is nice.

Until the next time… 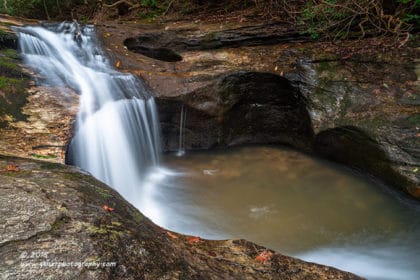 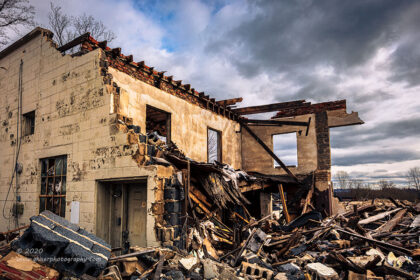 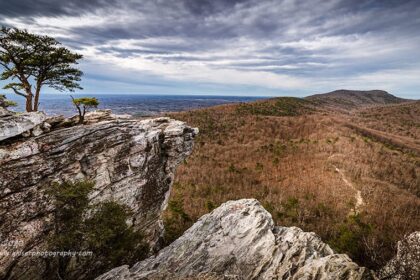