A couple of weeks have passed since I have been out making any photographs, and my goal for this weekend was to change that.  The weather was looking good with clouds both Saturday and Sunday at home as well as in the mountains.  My initial thought was to spend the day around Graveyard Fields on Saturday to catch some of the early fall color.  That would leave Sunday available to get two framed pictures to the Dixie Classic Fair for competition.  It would all work out quite well.  Well, you know how planning goes for me…

Saturday turned out to be completely sunny across the state and there was nothing that I could do with a camera, or at least nothing that I wanted to do.  I decided to take my pictures to the Fair early in the day in the attempt to miss the football traffic from the Wake Forest game at noon.  There was no such luck, I wasn’t even able to get to the parking lot.  I abandoned that hope and went home.  I started to work on a Plan D or something like that.  The weather was looking great for Sunday with clouds, showers, and even the potential for fog.  That forecast was pretty much from home to the mountains.  The trick here was, I needed to be able to get the pictures dropped off between noon and 4pm as that was the only time I could get them there.  To avoid last minute problems I needed to aim for something around 2pm for a drop of time.  That was going to cut my available outing time down to a minimum.

With the weather looking gloomy I decided that waterfalls would be the best bet for the day.  I didn’t want to revisit one that I had shot before though, so I started to research other options.  As I thumbed through the waterfalls in NC, I came across one that I had not seen before called Pot Branch Falls, which was located in Golden Valley, NC.  It was about two hours away from me, and the hike seemed rather simple and quick based on the description.  I was pretty sure that I could get there and have time to shoot it, and even have a little excess for another subject along the way.

In order to give myself the most time, I decided to get up when Toni left for work at 5am.  This would get me to the waterfall by first light and leave me with the majority of the morning to work it.  I could tell when I left that it was cloudy, but not quite the full overcast I was expecting.  As I went further West, I found myself under heavier clouds and even fog.  This was going to be perfect!  I was glad that I had opted to shoot waterfalls over Graveyard Fields since I would not have gotten the colors that I wanted in the dense fog.  The excitement kept building as I came into Morganton, but started to fade when I saw the sky as the sun came up.  There was some obvious blue up there, and the clouds were thinning out substantially.  This was actually great conditions for doing the Autumn landscapes, but I was woefully out of position for doing that at this point.  I opted to carry on and continue to my destination hoping that I would find something else along the way that was promising. 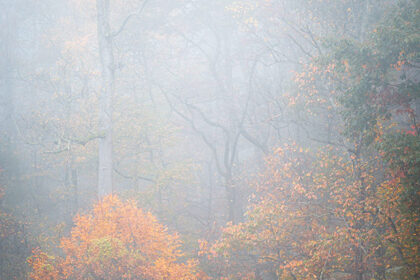 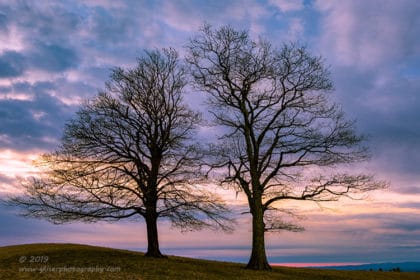 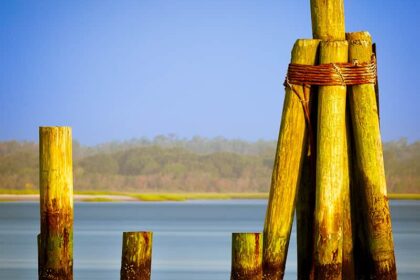 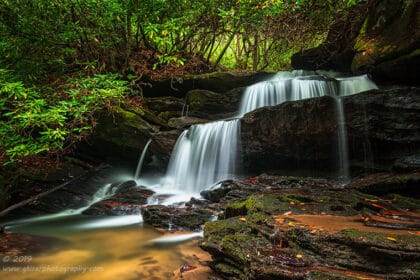 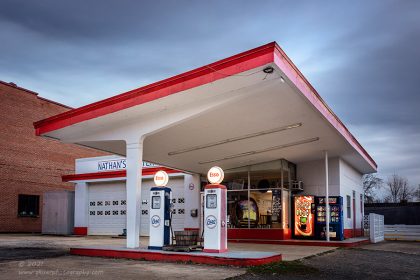